Esther Mechler is the President of United Spay Alliance, a national animal welfare organization dedicated exclusively to promoting affordable, accessible, and timely spay/neuter services as the solution to the crisis of cat and dog homelessness.

As those of you who worked with Elaine - locally or from afar - already know, she was an extremely
bright and focused person. She had a razor-sharp mind, and the ability to stay on topic, do a prodigious
amount of work and never complain. Remarkable.

I first met Elaine in New Orleans about fifteen years ago at one of our conferences. These were regional
meetings (Southern Regional Leadership Conference in this case) set up by SPAY USA to provide
inspiration and information to people in the area who were interested in what we call Public Health for
Companion Animals (or spay/ neuter information and assistance.) One of our key goals was to network
people who understood the need for this work. We often seated people by their home state at lunches
and dinners, offered special workshops and then set aside time for them to meet and plan.

I still remember the ‘Mississippi room’! Elaine was there with a whiteboard, figuring out how best to
maximize spay/neuter services in her state. There were 82 counties, high poverty rates, no action plan,
little or no communications between regions of the state, no census of what was available, no single
point for referrals and information and no one exclusively focused on spay/neuter. By the end of the
day, a plan had been worked out and within a year she had developed a survey, action plan and planned
a statewide meeting. Groups from northern, central and southern Alabama convened in Jackson. 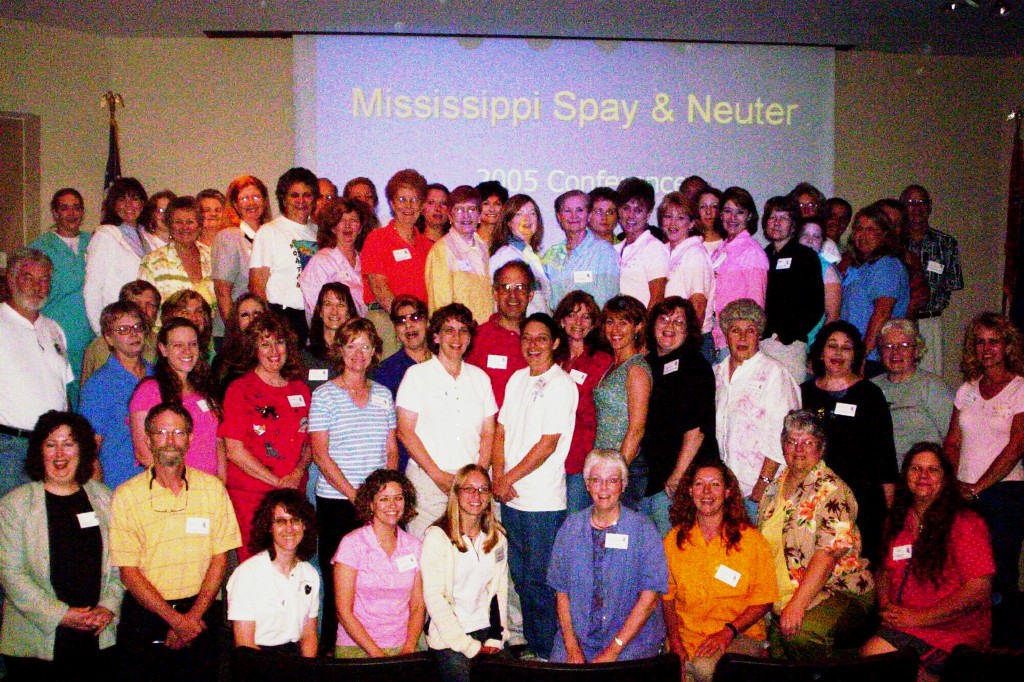 At the conference, each participant received a directory, information on delivery systems and a work-
sheet. Goals and strategies were established for each region. Later, meetings were held in each region
to determine needs and select appropriate delivery systems. Plans were made to start and run programs
tailored to each region. Prior to this, the groups from the north, south and central regions of the state
had never met or planned as a group.

The delivery system they developed under Elaine’s leadership included a large mobile clinic (the Big Fix)
which could do 60 s/n per day, a smaller mobile clinic (the Little Fix) which could do 30 s/n a day, Shelter
Outreach Services in conjunction with the two clinics, a high volumes/n clinic in Gulfport and a voucher
system. All 82 counties were covered. Within a year Mississippi Spay and Neuter had a toll-free
statewide hotline with a counselor to help with the difficult cases and a board of directors was
established representing the three regions of the state.

Elaine had a way of organizing details without losing sight of the goal and without losing the hospitality
that made all of us feel right at home at her meetings. Hers was a life WELL-LIVED and she left
Mississippi a better place. We will miss her greatly.