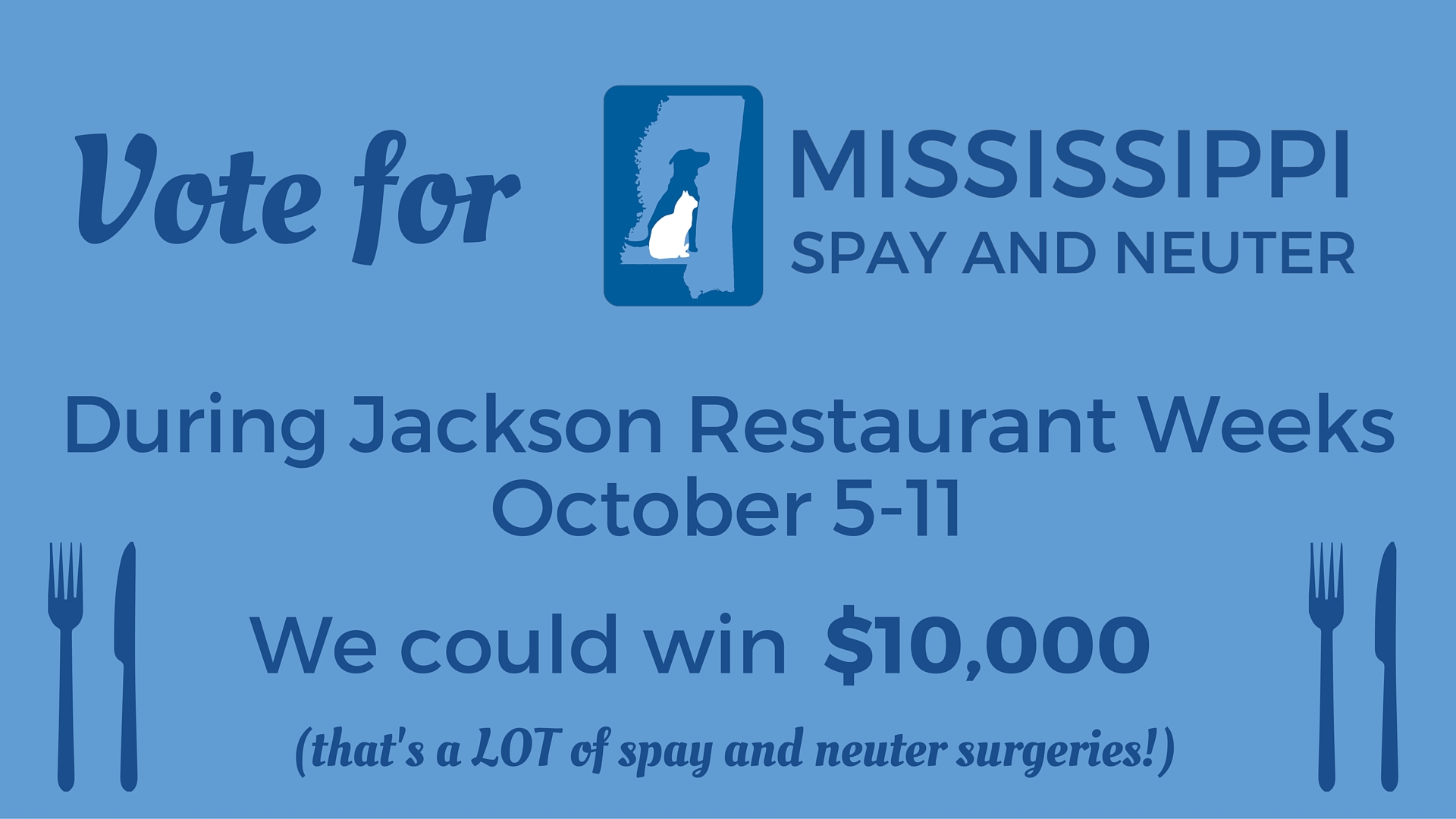 Each time you dine at a participating restaurant from October 5 – 11, you may request an official ballot and vote for your favorite Jackson Restaurant Weeks Charity Finalist (hopefully us). The charity who receives the most votes during Jackson Restaurant Weeks will receive a cash prize – money that will be used to do a lot of good right here in the Jackson metro area! The $10,000 cash prize would help us subsidize over 200 spay/neuter surgeries, preventing thousands of unwanted puppies and kittens from being born in our state.

PICK YOUR PRICE: There’s no set meal price for Jackson Restaurant Week. YOU choose how much you want to spend, so you can find something for your budget every day of the week.

PICK YOUR MENU: There’s no set menu required for Jackson Restaurant Weeks. Just select which of our participating restaurants you want to dine at between October 5 – 11, and you can participate by ordering off of their regular menu OR any special menus presented by some restaurants.