Dr. Julie Parks is the President of the Mississippi Spay & Neuter Board of Directors and a practicing veterinarian.

Elaine and I met during a volunteer orientation at a local shelter.  As one of the new volunteers, she was given a tour of the old, meager, rundown facility in Gulfport, MS. She noticed a hairless puppy with crusty skin and asked what would become of him.  I told her that, unfortunately, due to limited resources and meager foster volunteers, he would likely be euthanized. The next week, I found out that she had adopted him, was treating his mange and had given him a forever home.  I consider Jobe her first of many lives saved in the time that I knew her.  She became very involved with the shelter and was a phenom at getting much-needed resources such as a minivan for mobile adoptions and donations to start a chicken soup fund that provided treatment for pets like Jobe.

Elaine was to leave that organization for a greater purpose.  She recognized that spay and neuter was the answer to pet overpopulation and suffering due to homelessness.  She started an organization that subsidized spay and neuter along the Mississippi Gulf Coast to make it affordable. Word and reputation of the Friends of Animals Animals organization and its mission soon spread to from Coast residents to relatives and friends all over the state.  The organization became Spay Alliance which would be the predecessor to MS SPAN.  Elaine tirelessly traveled throughout the state to identify all the shelters, rescues and community groups that wanted to be part of the movement to end pet overpopulation in their communities. 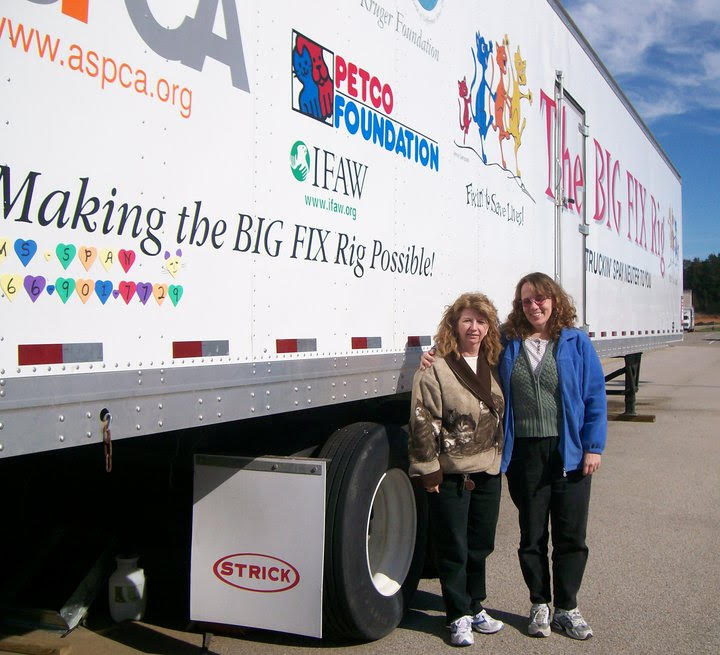 Elaine & Dr. Parks with the Big Fix Rig
Her incredible networking skills, compassion, endless energy and drive saved thousands from being born by helping to establish spay/neuter programs in numerous communities.  As a side note, she also rescued people who had a passion for the animals and no experience by giving them opportunities through employment and volunteerism.
And now, 2 years after she has left this earthly world, Elaine continues to save lives with every spay/neuter performed at the MS SPAN Big Fix Clinic.
Do you like this post?
Tweet